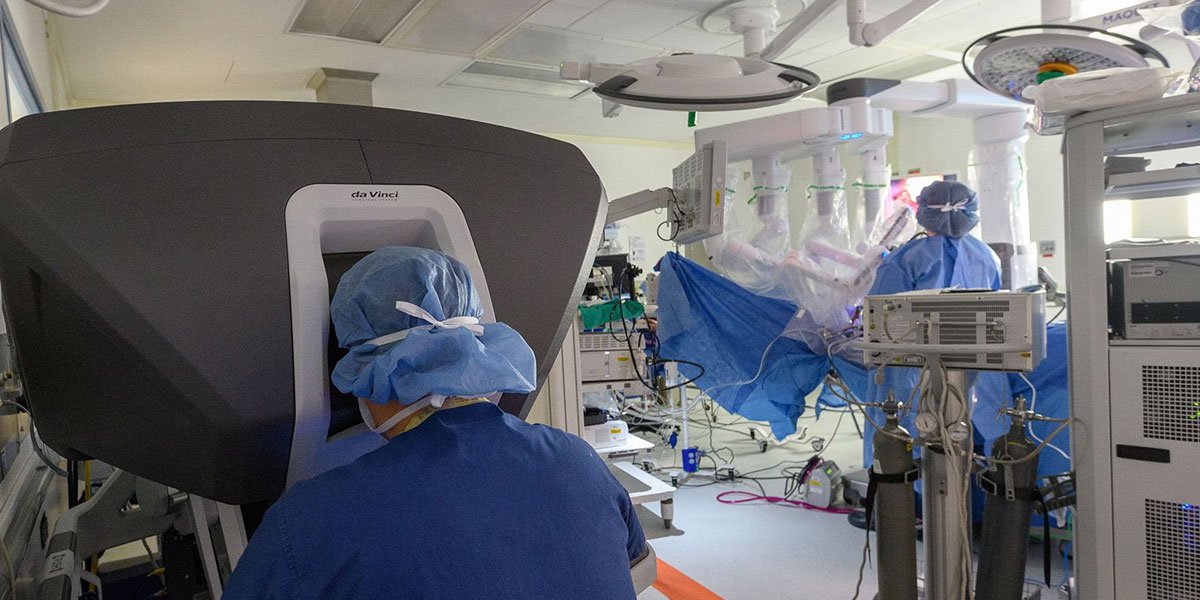 More than 4,000 years ago, the ancient Egyptians noticed the appendix during their funeral preparations. They called it “the worm of the bowel” and had no knowledge of its function. Today, although we understand the purpose of the appendix, we also know that its presence is not mandatory for a healthy life. In fact, over 5% of the population develops appendicitis at some point, resulting in the surgical removal of the organ. If you or a loved one is facing an appendectomy, this guide will give you all the information you’ll need on the surgery.

What Is the appendix?

The appendix is a narrow pouch, a few inches in length, located in the lower right quadrant of the abdominal cavity where the small and large intestines meet. It produces a protein to destroy bacteria and fight infection in the body. However, it is not an essential organ, as others will take over the production of this protein if removed.

Appendicitis occurs when the appendix becomes obstructed or infected. Appendicitis is considered a medical emergency as the appendix can burst or rupture releasing infectious bacteria into the abdomen. Removing the appendicitis before rupturing will prevent further issues and complications, such as peritonitis, which left untreated, results in multiple organ failure and death.

Appendicitis usually begins with abdominal pain and tenderness radiating from the lower right section of the abdomen. Additional symptoms include:

What Is an Appendectomy?

An appendectomy procedure will remove the infected appendix and relieve pain. Appendectomy is one of the most common emergency surgical procedures done by surgeons today.

To determine appendicitis, a doctor may do the following:

Appendicitis is considered an emergency condition. Once diagnosed, antibiotics will be started right away, and surgery will be scheduled as soon as possible to avoid rupture and further complications.

Taking its name from the laparoscope, a slender tool with a light and camera, this procedure changes the technique a surgeon uses to gain access to the internal site of surgery. Unlike an open appendectomy, laparoscopic procedures require 1 to 3 small incisions in the abdominal cavity. With the help of the laparoscope and specially designed surgical instruments, an appendectomy can be less invasive without the large incision point of access or the hands of the surgeon directly inside the patient.

Common advantages of a laparoscopic appendectomy include:

When undergoing a laparoscopic appendectomy, the surgeon will follow a standard procedure, typically completed in under 30 minutes.

Similar to a laparoscopic procedure, a robot-assisted appendectomy is performed through small keyhole incisions in the abdomen and specially designed mini-surgical tools. However, robotic laparoscopic surgery uses robotic arms to more specifically maneuver and a 3-dimensional camera for clearer imaging of the internal cavity.

With fewer complications and an easier recovery period, both laparoscopic and robotic surgeries have advantages. Robotic surgery also reduces blood loss and pain, and results in smaller scars, a shorter hospital stay and a faster recovery.

The main differences between robot-assisted and laparoscopic appendectomy are rooted in the technological advances robotics such as the da Vinci robotic surgery system provide.

Typically completed in under 30 minutes, robotic surgery is similar to a laparoscopic procedure in its minimally invasive techniques including small incisions, video imagery and small operative instruments.

The laparoscope will be attached to one of the robotic arms. The other arms will hold tools that are able to grasp, cut, dissect, and stitch including forceps, scissors, dissectors and scalpels.

The doctor will control the robotic arms and instruments from a console, where they will be viewing the procedure from high-definition, 3D imagery. The movements will be guided by the surgeon from the console with precision and dexterity while another surgeon will be near the patient to assist from that perspective.

Possible Complications for Both Laparoscopic and Robot-Assisted Appendectomy

Though complications are possible in any kind of surgery, they are rare. Complications may include:

In addition to standard surgery complication risks, if the surgeon cannot properly see the appendix, or if there are other health-related issues that make it impossible to complete the surgery laparoscopically, an open appendectomy, requiring a larger incision, may be performed.

It is important to recognize the early signs of possible serious complications. Medical attention should be sought if there is:

Factors That May Increase Complication Risk for Appendectomy

Like any surgery, complications can occur and some factors may contribute to their development.

Right after the procedure, patients are placed in a recovery room where they will be observed and blood pressure, pulse and breathing are monitored. Pain medication, antibiotics and medication to prevent blood clots will be administered.

Recovery time can vary, especially if the appendix ruptured before surgery. Most patients will return home after 1 day, though any complications could extend the length of the stay.

While anesthesia will prevent pain during surgery, pain and discomfort after the procedure can be managed with standard medications.

If the appendix did rupture, and drainage tubes were used, they will be removed after a few days.

Most of today’s hospitals have at least one robotic surgical machine. Dr. Pakula uses the state-of-the-art da Vinci robotic surgery system benefitting both complex and routine surgeries at Los Robles Medical Center. Contact her today for your operative needs.

Dr. Pakula, one of the most sought after practitioners of traditional and minimally invasive surgery, is one of the nation’s leading authorities in robotic surgery. She has published numerous journal articles and trains surgeons all over the country in various types of robotic surgery.

Dr. Pakula is based in Ventura and Los Angeles County with hospital affiliations at Adventist Health Simi Valley Hospital, Northridge Hospital and Medical Center, Providence Holy Cross Medical Center, and Los Robles Medical Center. Get in touch today for answers to your questions or to schedule an appointment.